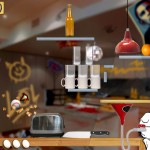 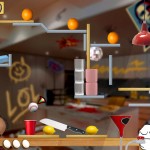 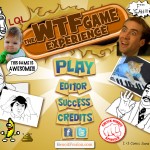 The second episode of Take Something Literally was released friday june 4th on ArmorGames.com.

You can play this game by clicking here: Take Something Literally 2. (Exclusive on ArmorGames until Friday)

Like I said, I designed an original, conceptual and non-conform game. Unfortunatly many players expect to see “a classic game”. Therefore they don’t understand the meaning of the game “Take Something Literally”. If I had to describe the main concept of Take Something Literally 1&2 I said: “Make the players play with their environment “. Like the first episode players have to play with their computer inside and outside the game.

If you don’t want to play with your OS, your browser, your mouse and your keyboard I think that Take Something Literally is not for you.

What is this game?

Take Something Literally 2 is a compilation of 25 original puzzles. In this game you just have to think outside the box. This game is abstract, conceptual and uses new interactivities. This new episode contains new features: new scoring system, new tip system and more funny rewards.

Only if you are stuck :)

Actually I had no plans to develop a second episode. The first episode exhausted all resources of Flash. But I received many messages from players asking me to make a new Take Something Literally. I was exciting to work on this game again. So I decided to find 25 new puzzles with the same idea: “Make the players plays with their environment”. I wanted to create something new. I knew that many players would dislike that king of game but I also knew that players would be surprised and entertained to play an original game with original interactions. So I hope that game will entertain many players!

You should also read my last post about Take Something Literally 1&2. 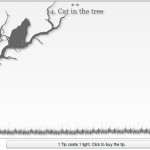 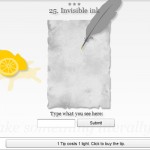 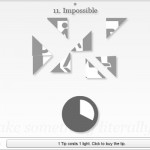 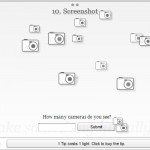 After many requests I decided to blow up my brain to design more puzzles. That was hard, that was epic but I finally found 25 more puzzles. And now your are welcome to test here:

I hope you will enjoy the new game system, the puzzles, the references and the rewards. If you have any request please post a comment or go to the forum.

Take something literally 1 was my first “riddle” game. I made this first episode without Internet connection in few days. I made this game for fun. Actually I just started to design one little “game” based on the irreversible choises, the “flash cookies” and the clock system. But after all this idea had a big potential. So I decide to design a lot of litle puzzles based “outside the game”. Against all odds it was a hudge success with players. I knew that some players could not play some puzzles. But that was my choice. I knew that sponsors would be frightened about that. But after the first release on Kongregate and the 1 million plays in one week they changed their opinion.

In this game you don’t kill zombies or nazies. You don’t build tower to stop monsters. You just use your brain and all your environement :
mouse, keyboard, monitor, webcam, microphone, printer, your fingers, your eyes, your body, etc.

Take something literally is a complilation of 25 puzzles.
This game is an abstract, conceptual and original.

The rules are quite simple. Take the hints literally and just think. The solution is always near you. Be aware of your environement. Everybody can play and enjoy this game, You don’t have to be an hardcore gamer… 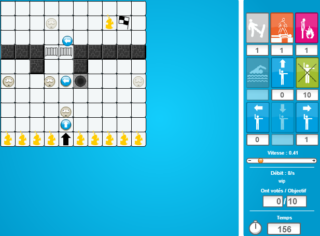